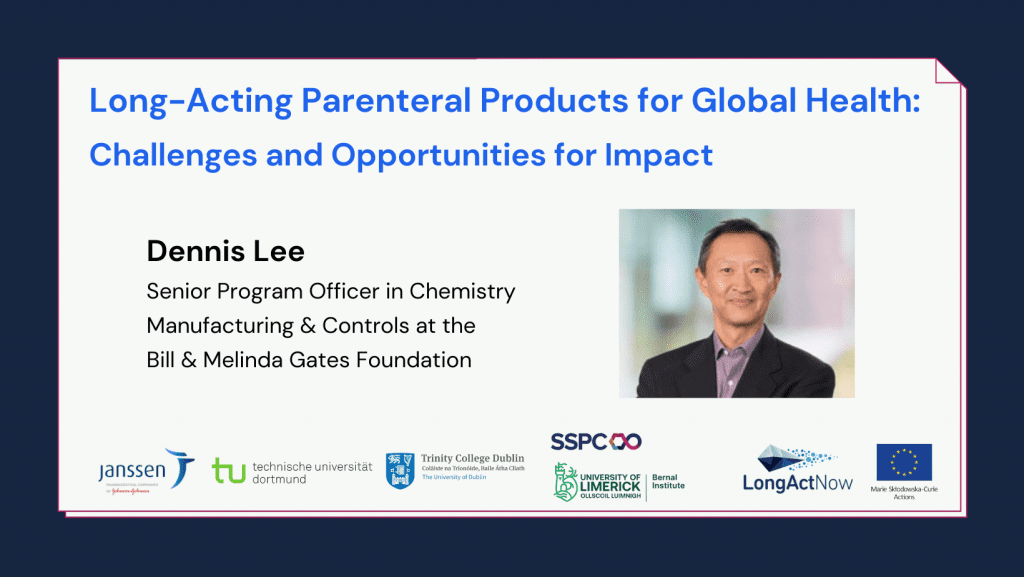 Dennis Lee is a Senior Program Officer in Chemistry Manufacturing & Controls at the Bill & Melinda Gates Foundation, where he oversees efforts on long-acting and other advanced drug delivery technologies. He began his career in 1992 as a medicinal chemist with SmithKline Beecham, and in 1999 joined Sunesis Pharmaceuticals, a start-up that developed molecular fragment-based approaches for drug discovery. He returned to GSK in 2001 and led a chemistry department in cardiovascular and urogenital diseases. Over the next several years, his group progressed a number of compounds into clinical development. Subsequently, Dennis headed Chemistry and Preclinical Development in the new Ophthalmology unit (2008) and was Director of Drug Delivery, Platform Technology and Sciences (2014), a newly-formed drug delivery group whose mission was to seek and develop novel drug delivery technologies that align with GSK’s portfolio. 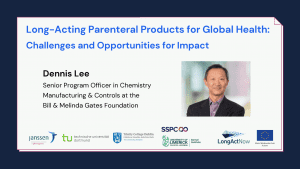